What is Makgeolli? Korean Alcohol Explained

Whether it's spelled 'makkoli', 'makgulry' or even the government official 'makgeolli', it's still our favourite fermented rice alcohol. But what exactly is makgeolli? Below is a complete guide to understanding the differences between all of Korea's wonderful traditional brews.

When you first arrive in Korea, chances are it won't be long before you are downing your first shot of soju. Nowadays soju is arguably the most well-known representative of Korean alcohol. It might surprise you to learn however, that the ubiquitous green bottle of highly diluted spirits is not the most traditional of all Korea's alcohols. But before we dive too deeply into soju, let's take it back to the fundamentals.

Rice. Water. Nuruk. These are the basic three ingredients that are needed to make any of Korea's different categories of alcohol. Rice being the staple grain of the Korean peninsula, it is also the base for making alcoholic beverages. It differs from Japanese sake however, as the rice grains are not polished and the varieties used are commonly found in cuisine.

The two kinds of rice mostly used in Korean alcohol brewing are 'Chapssal' or short-grain sticky rice, and 'Maepssal' which is simply short-grain non-sticky rice used in cooking. Brewing exclusively with chapssal will usually yield sweeter and thicker in texture alcohols due to their high starch and amylopectin content. Most homebrewing techniques and artisan breweries will use a combination of both kinds of rice to strike the best balance of flavour and texture.

The real heart of Korean alcohol however, is of course 'Nuruk'. Nuruk is what makes Korean rice fermentations different from other neighboring Asian rice brewing cultures. Nuruk is the fermentation starter that is responsible for changing rice into fermentable sugars, and subsequently, convert those sugars into alcohol. Without nuruk, although you can make booze through the use of amylase enzymes and yeast, it cannot be called Korean traditional alcohol.

The most common way to make nuruk is by using ground wheat, but in fact you can make nuruk out of just about any kind of grain. Simply put, the ground wheat is moistened to a point where it coheres together and retains its shape. After being pressed into a frame, it's carefully removed and placed in an incubation space. It is here that the wheat cake will be fermented at high temperatures so that mold, yeast and various bacteria can innoculate the cake. During the process, humidity is also carefully controlled to allow the cake to dry out without compromising the fermentation process.

Once it's fully inoculated with all the desired organisms and is dried out, the cake can then be broken up into smaller pieces for use in brewing. What makes the nuruk so different to other rice fermentation starters such as Japanese Koji, is the composition of the wild strains of bacteria, yeast and mold. This is where Korean alcohol gets its depth and complexity, and also its unpredictability!

But that's a long way to get our question, what is makgeolli??

When water, rice, and nuruk are mixed together and fermented, they create an alcoholic mash. After the mash is filtered, the remaining alcohol is what we call 'Wonju'. In Korean language 'Ju' is a suffix which means 'alcohol', so 'Wonju' means 'original alcohol'. This is the base from which all Korean traditional alcohols will come from.

Wonju is quite strong in alcohol percentage, ranging anywhere from 12 to 21% ABV. While it is delicious, it can be a bit too punchy for some people's tastes. Due to the amount of sediment from the rice, if the wonju sits in the fridge for a period of time it will separate into two distinct layers. The top layer will be golden clear, and it's called 'Cheongju' or 'Yakju'. Cheongju or yakju was once considered the highest quality of the Korean alcohols and was reserved for royals and nobility.

A batch of wonju that has separated into cheongju and takju

When distillation was introduced to Korea in the Goryeo Dynasty, the first soju was born. The word soju comes from 'So' which means 'Burnt' and of course 'Ju' the suffix for alcohol. Although 'Burnt Alcohol' doesn't sound the most appetizing, it's more to do with the process. When cheongju or yakju is placed in the 'Soju Gori' or pot still, heated to boiling point and cooled back down to vapour, the resulting high proof liquor is traditional soju.

So now we know wonju, cheongju and soju, how does makgeolli fit into all this?

Makgeolli is one of the only Korean alcohols that doesn't fit into the 'Ju' framework, and that is because technically, makgeolli is not a category of alcohol. Now before you throw your hands in the air and curse at your screen in frustration, let me explain.

Makgeolli is actually a 'Takju'. Takju is the literal translation of 'Cloudy Alcohol' and by the Korean tax law any rice alcohol with sediment present will be classified as a takju. The word makgeolli comes from the phrase 'Mak Kollyeotda' which means 'Just filtered'. In times of old, often brewers would collect the cheongju or yakju from the mash first to give to the nobility, and then add water when filtering so as to not waste the leftover alcohol (much respect to this zero-waste approach to booze!). And so this milky, slightly watered down and recently filtered creation was known as 'Makgeolli'. 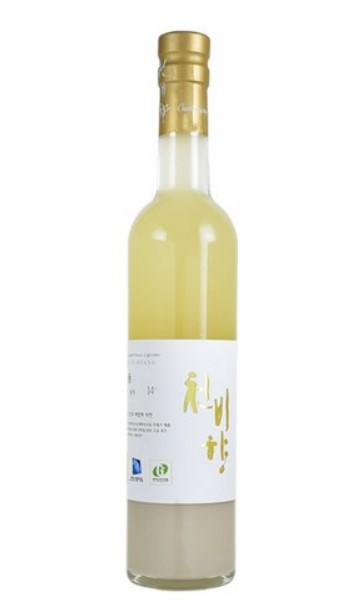 Fast forward to modern times and it's a bit more of a blurred line. Makgeolli is of course a takju, but in our opinion, there is now a distinction between lower alcohol, faster-produced products, and a higher ABV more hand-crafted brew. The makgeolli we know and love, we consider to be anything below 10% alcohol and with a shorter shelf life. Anything above that ABV or products that have been aged with longer fermentations, we call 'Takju' (even though they are technically both takju - you see our daily struggles!?). This has always been our guiding principle so that we can distinguish between a lighter and often more bubbly makgeolli, and a rich, silky and complex takju.

With all these different categories of alcohol, it was a driving force for us to be called The Sool Company. The word sool itself means 'alcohol' in Korean language, and it is an all-encompassing term for anything boozy. However it is derived from the characters 'Soo' meaning 'water' and 'Bul' meaning 'fire'. When the Korean ancestors were brewing with rice, it would bubble and produce Co2, prompting them to believe they had unlocked the power of 'Fire Water'. Over time the word 'Soobul' eventually became 'Sool', and although its modern use applies to all alcohol, it has deep origins in rice fermentation.

We hope that over time, and hopefully not a long time, Korean sool and all its glorious categories will be household names!